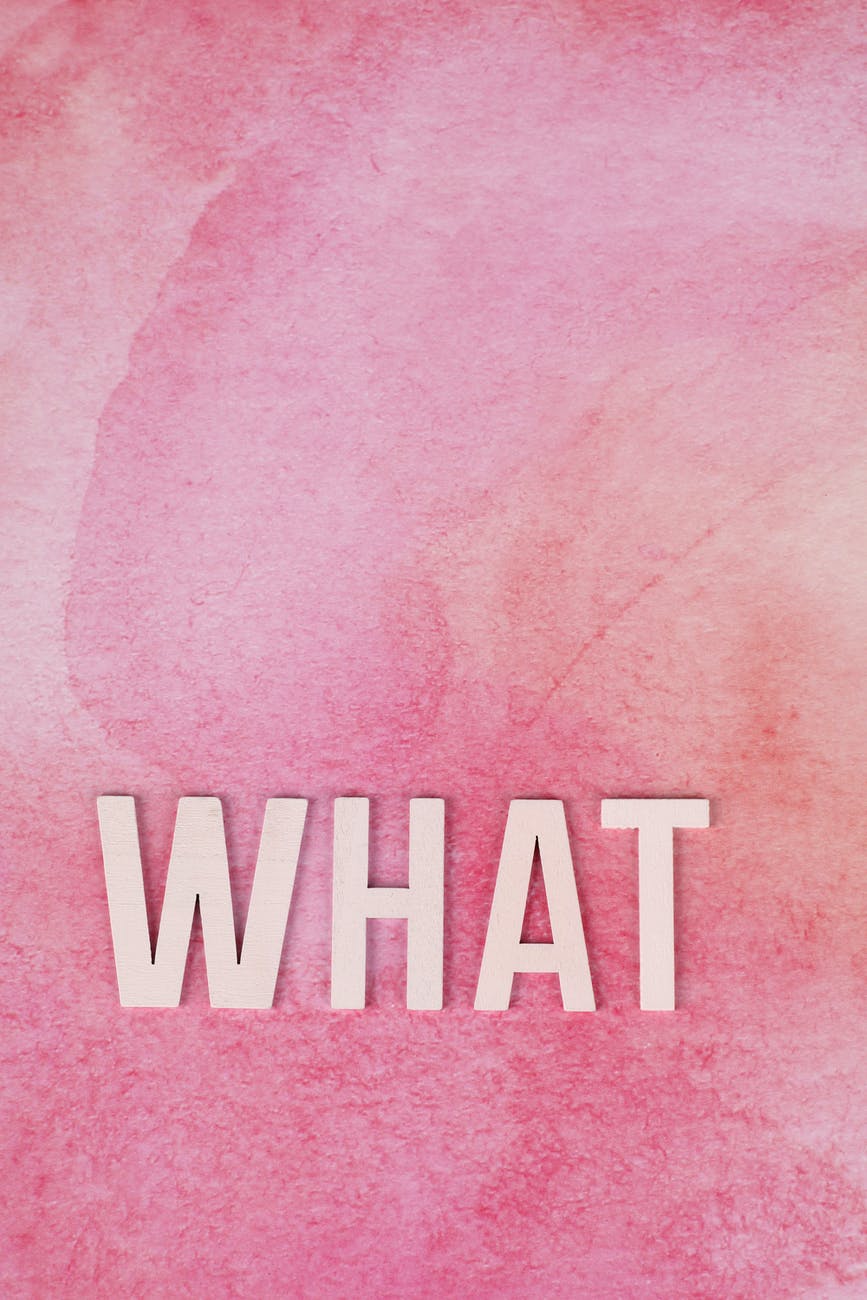 I believe everyone have experience a time in their life that they had a what if moments. I don’t mean in the way of what if I would of picked up the phone, what if I said yes to that date, what if I would’ve left the house five minutes earlier, what if I didn’t have kids, and etc. What I mean when you are in a state of life that you are waiting for something to happen for you be able to make a choice. I feel I have been living my life in this state for years now. I am honestly tired of living this way but nothing seems to be changing. Bare with me and I’ll give you a few examples of what I mean by all this “What if…”

In 2018 the biggest What if I was experience is the future of my marriage – my husband decided he wanted out but he wasn’t fully ready to pull the trigger. I had no idea what the future hold – one moment we would talk about moving to a new state and another moment he wouldn’t really talk to me at all. I was pregnant with our second kid. He got a job offer that he has been working towards his whole career. The thing is we would have to relocate to the area we left for me to take the job. I did not want to move back there but I also wanted my marriage to not fall apart. Shortly after our second son was born I was left in a world of the what if. What if we separated I would have to find a new place to live, what if we stayed together would we move, what if he moved there and I stayed where I was for a year, what if I decided to move out of state… I spent my whole maternity leave not sure what was would happen but began the process of getting rid of stuff since moving was going to happen either way. The night before my first day back to my job – my husband got an official offer and the choice was made to work on our marriage. I was then let go the next day (didn’t know that at the time).

I spent the rest of 2018 and most of 2019 wondering if we would make it and if my husband really wanted to work on our marriage. I moved knowing that there was a possibility that we would still end up with a broken marriage. I got pregnant with our third child at the end of 2018 and the job he wanted ended up being a very stressful time in his life. He was never home due to work and the environment was not what anyone expected. It’s a long story but he ended up having to go OH for work and would be out there for weeks for a major project. During this time the company he was working for was working on getting rid of him and a handful of other guys. Things got bad but the business he was working at for weeks on end really liked him. It was during this time where we were back to the “what if…” What if he loses his job, what if the business in OH hired him, what if I decided to not go with him, what if we decided to officially go our separate ways… One thing I did know we could not stay at the 2 bedroom townhouse with our dog so moving had to happen either way.

I could list the what if that came our way in 2020 with him losing his job, staying in OH, moving out of state, having to live with my MIL, finding a new job, living is MS, having our baby girl in MS, and so many other choices we had to wait on because of the “what if…” Now we are once again living in the “what if…” of life. We were hoping that a project my husband was/is working on would have started off with a big bang and it would of change things…but we are still waiting for that to happen. There is a possibility of a job promotion but we don’t know when/if that would come. I am currently trying to figure out what would be the best choice for our family when it comes to staying or moving. We don’t know if we have a place to land in the area we want to move to due to other peoples “what if…” moments. I am currently trying to figure out if I can hire someone to help me but that hasn’t worked out. We need a “new” car for our growing family but that may not happen in the timeframe I was hoping.

Living in these moments of not knowing should be normal at this point. I should be a pro and on some level I am a pro. I have gotten to a point in accepting I can’t control my life and that has been beaten out of me over the last few years. I can’t make things happens just because I want them to happen. I am a believer in prayer but he isn’t a vending machine so it’s not like I can put my 2 cents in and get a result. Rarely things happen in our time frame and a lot of times that’s a good thing. Then now we are living in a time of uncertainty because buying a house is only affordable to those who are rich at this point. Rent is worse than a house payment but getting approved for a loan seems nearly impossible. Everything cost so much and it doesn’t seem like this will change anytime soon. I just know I am tired of living in this mindset and wish I could get to a place that I’m not thinking about what needs to happen for another thing to happen. Then again in true human fashion if we moved, got a house, and finally got settled it would only be a matter of time where I got bored with the everyday normalcy – it may take some time but I’ll get there we all do.